The strongest typhoon ever recorded in history hit the Philippines on November 8, 2013. Typhoon Haiyan (with the local name of Yolanda) devastated the Central part of the Visayas region. Thousands of lives were lost and affected. It was probably one of the darkest hours in the history of the Philippines. 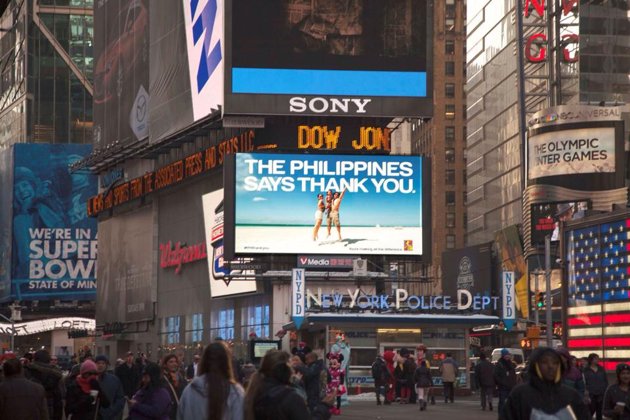 The world, after seeing the devastation, went to help right away. Filipinos or not, many people joined together to help the country. Filipinos will forever remember the help and treasure it. With this, the DOT (Department of Tourism) of the Philippines launched a global campaign to express gratefulness for the unwavering support of the world.

DOT thought about ways to say thank you. Here are the simple ways of Filipinos to express their gratefulness to the world:

On February 8, 2014, the Philippines started the billboard ads. The ads are posted in New York Times Square, Singapore Ion Orchard and the Tokyo Shibuya Crossing. The ads will run for 3 weeks.

Apart from Facebook posting, DOT also encourages some to tag the template in Twitter (@DOTphilippines). The DOT will spread the words around especially to those who volunteered, donated and pledged.

Though it took three months to publicly say thank you, the Filipino people have been expressing their gratitude since day one. The overwhelming support of the international community is heart-warming. The help of many will be forever remembered. 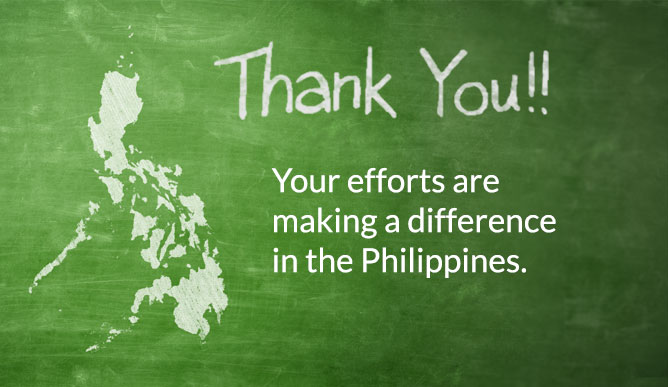