Dengue in Singapore is not abating despite the efforts of the people and the government but this does not mean the city is conceding the fight against mosquitoes. NEA (National Environment Agency) is doing its best to reduce if not eliminate dengue cases. It seeks the support of the community and local establishments to control dengue and its vector.

The public will be pleased to know that NEA is recruiting three hundred more officers to help the existing eight hundred officers to effectively control vector. The additional officers will enhance the program of NEA by doubling the inspections and observation of location in dengue clusters. This was revealed at a press conference last Tuesday, June 25, 2013 by Dr. Vivian Balakrishnan, the minister of Environment & Water resources. Aside from additional officers, here’s a list of other programs: 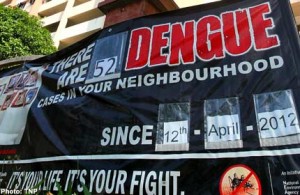 NEA will request for the permission of residents to apply the new developed insecticide in the dark parts of their homes where the vector, Aedes mosquitoes dwell. This is important so the officers will know if it is effective when they visit your house. 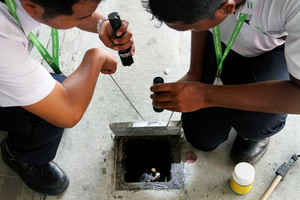 1.2million pieces of mosquito repellents will be distributed in households. The distribution will last from July to August. This is to study if there are significant changes. 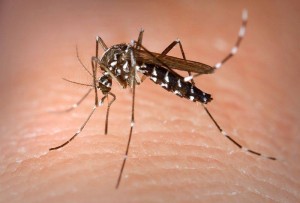 In partnership with the Education Ministry, NEA seeks to distribute mosquito repellents to school children.

Hopefully with these efforts, dengue cases this year will decrease. It remains to be seen. The public should participate in the efforts of the government.